On Sunday, senators released the text of their bipartisan infrastructure bill.

With the 2,700-page text released, all 50 Democratic senators and 18 Republican senators voted to take up debate on the bill, indicating strong bipartisan support for the measure.

The Senate is currently debating the bill and possible amendments, and Majority Leader Schumer expects a final vote in the coming days.

Because of this approach, we are still far from a final deal. House Speaker Nancy Pelosi has repeatedly maintained that she will not bring the bipartisan physical infrastructure bill to a vote in the House until the Senate also passes the “human infrastructure” bill, a $3.5 trillion package of social spending that does not have the same bipartisan support.

The BNP will share updates as Congressional negotiations continue.

To contact your Congressional representatives about the need to pass an infrastructure package, use our one-click tool here. 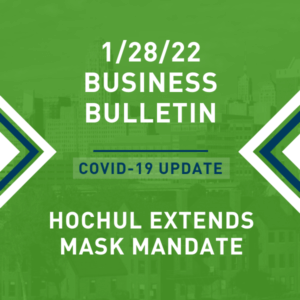 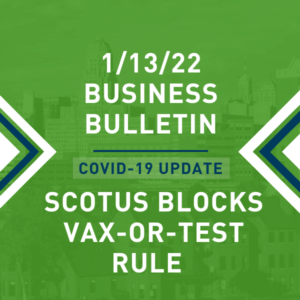 This afternoon, the U.S. Supreme Court blocked OSHA’s emergency rule that required employees at workplaces of 100 or more to be vaccinated against COVID-19 or test weekly. 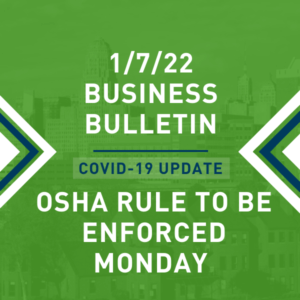 1.7.22 COVID Bulletin: The Latest on Vax Mandates – OSHA Rule to be Enforced Monday

OSHA is set to begin enforcement of its Vax-or-Test Mandate for organizations with 100+ employees on Monday. After months of litigation, the latest U.S. Circuit Court decision upheld the mandate. 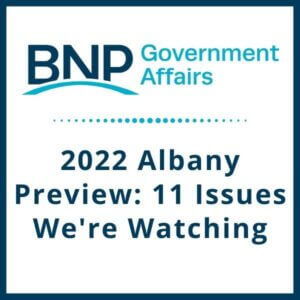 On January 5, state legislators convened in Albany (or, on Zoom) to kick off the 2022 legislative session. All eyes are on Kathy Hochul as she navigates her first session as Governor and jockeys for position in the June gubernatorial primary race. Here are eleven issues we are watching as the session begins: