We pride ourselves on being thought leaders and a go-to source for information on issues affecting the region.  Some items you’ll find here include:

Check back often or subscribe to our Newsletters for updates.

Looking for Advocacy Alerts and the Advocacy Insider? Login to the Member Portal or Click Here 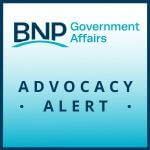 Last night, the Supreme Court struck down the Biden administration’s latest eviction moratorium. In a 6-3 decision, the Court ruled that Biden and the CDC do not have legal authority to issue the moratorium without a specific act of Congress.

In the final days of his tenure, Governor Cuomo signed the Housing Our Neighbors with Dignity Act (HONDA) into law. The law aims to convert “distressed” hotels and commercial properties into affordable housing options.

Today, Lt. Gov. Kathy Hochul was sworn in as Governor of the State of New York. The Buffalonian takes the reins after Gov. Andrew Cuomo resigned, amid a storm of bipartisan criticism. Hochul will be the state’s 57th Governor and the first woman to hold the office. 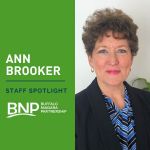 Ann Brooker is our Manager of Member Engagement. Ann works to communicate the value of the Partnership to our member companies and build strong relationships within the Buffalo Niagara community. Learn a little bit more about Ann in this brief Q&A. Q: What is your background in/what type of work

This morning, the U.S. Senate passed a bipartisan infrastructure bill that will spend $1.2 trillion in total, including $550 billion in new spending.

The bill passed 69-30, with all Democrats and 19 Republicans voting in favor.

On Tuesday night, the Biden administration issued a new eviction moratorium – a complete reversal from the President’s assertion this weekend that he lacked the authority to do so.

The new moratorium is in effect through October 3, going beyond New York State’s August 31 deadline. It extends the terms of the original moratorium: tenants cannot be evicted for nonpayment of rent. 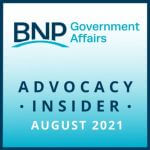 The August 2021 Advocacy Insider is a roundup of important issues we are monitoring that could you and your business. 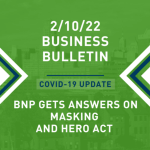 Yesterday, Governor Kathy Hochul announced she would repeal the state’s mask mandate, effective today. However, her announcement did not proactively address how the repeal coincided with the NY HERO Act, which would have required employees in most workplaces to continue masking.