The BNP recently wrote to Governor Kathy Hochul suggesting steps she can take to maximize the incoming infrastructure investment from Washington.

President Biden recently signed into law the bipartisan Infrastructure Investment and Jobs Act. The BNP advocated for this bill, which has the potential for transformative change in Buffalo Niagara. However, in our current landscape, this historic investment may not go as far in New York as it will in other states.

The Scaffold Law places absolute liability for worksite injuries on employers, a standard that is more strict than any state in the nation. This law makes insurance costs on NYS projects exorbitant, and according to the Buffalo News, there is “no evidence that the Scaffold Law makes construction workers in New York safer than those in any other state.” It does, however, make construction in New York much more expensive.

The growing use of project labor agreements reduces competition and increases costs. Also, New York’s byzantine bureaucratic review processes can slow the pace and add to the cost of projects. 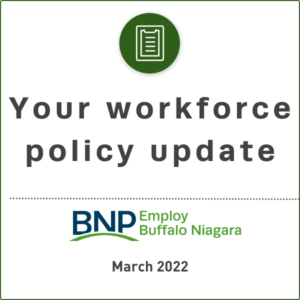 The BNP works closely with government leaders to keep them informed of employer challenges and to advocate for policy that would ease the workforce crisis. The BNP supports legislation that expands access to education and training, makes quality childcare more accessible, removes barriers to workforce participation, and reforms our immigration system to meet our region’s workforce needs. 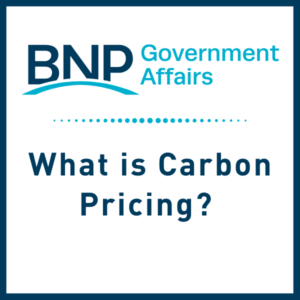 What is Carbon Pricing?

In the New York State Climate Action Council’s Draft Scoping Plan, the Council recommends implementing some form of carbon pricing to help the state combat climate change. So, what is carbon pricing, and how would it impact New York? 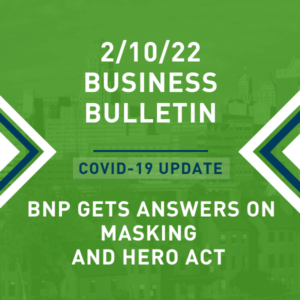 2.10.22 COVID Bulletin: BNP Gets Answers on Masking and HERO Act

Yesterday, Governor Kathy Hochul announced she would repeal the state’s mask mandate, effective today. However, her announcement did not proactively address how the repeal coincided with the NY HERO Act, which would have required employees in most workplaces to continue masking. 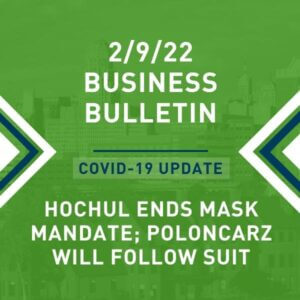 Today, Governor Kathy Hochul announced she will NOT be renewing the state’s mask mandate, so the mandate will expire tomorrow.